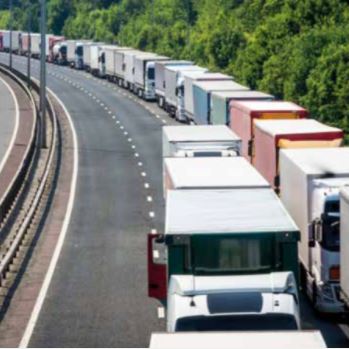 In an exclusive comment to KBB Review, our Sales & Marketing Director & BMBI expert Mike Tattam breaks down some of the post-Brexit costs, why shipping charges have gone mad and what that may mean in the short term:

Britain has agreed a deal without tariffs on goods and without limits on the amount that can be traded between the UK and EU. So, the fear for businesses that some goods could become permanently more expensive has been avoided.

However, we were warned there would be temporary turbulence after Brexit and, sure enough, it’s arrived. Reports of congestion in Felixstowe and Southampton are spilling into the headlines and on to the main news channels. But it’s not just a local British difficulty, it’s a global problem that’s getting rapidly worse.

There are a number of causes. These include a shortage of containers worldwide because of unprecedented demand, as companies looked to import extra ahead of the Chinese New Year. British importers ordered more as a hedge against the risk of a hard Brexit. And in addition, there’s a shortage of shipping capacity as ships are still mothballed worldwide from the first wave of Covid lockdowns along with their containers and crew.

Carriers are also reluctant to take bookings for the UK because of the congestion at our ports. Container ships are waiting at sea or sailing to the next port and calling in on their way back. Normally, one or two ships are waiting to dock at Felixstowe, but in one week there were 14 ships in a queue, and the port wasn’t even busy. The port has become a bottleneck, choked with containers waiting to be shipped or hauled by road, because there is no room to unload ships.

Some forwarders, anticipating post-Brexit chaos, refused to ship to the UK at all.

Steeply rising costs are being reflected in surcharges, and if you haven’t already had them, you will. Everyone is being hit. But surcharges are temporary and will be rescinded when the crisis is over. So I urge stockists and retailers to stay with their supply partners to ensure continuity of supply and not switch, hoping to avoid temporary surcharges.

Each link in the supply chain is only as strong as the one next to it: if one link breaks, the whole chain fails. Deal or no deal, successful supply chains will be those who work closest together, sharing information about stocks and expected sales. Supply ‘chains’ that try to maximise the interests of individual links will fail first and suffer most.

One last point to note post-Brexit is the change to the new trademark that came into effect from January 1 – UKCA (UK Conformity Assessed). By December 31, all products sold in our sector will require this mark, rather than the previous European CE mark. After January 1, 2022, products showing only CE marks entering the general marketplace will not conform to standard. The new UKCA is currently not recognised in Europe as a legal standard. Products that are sold in both the EU (including Eire) and UK can be dual-marked.