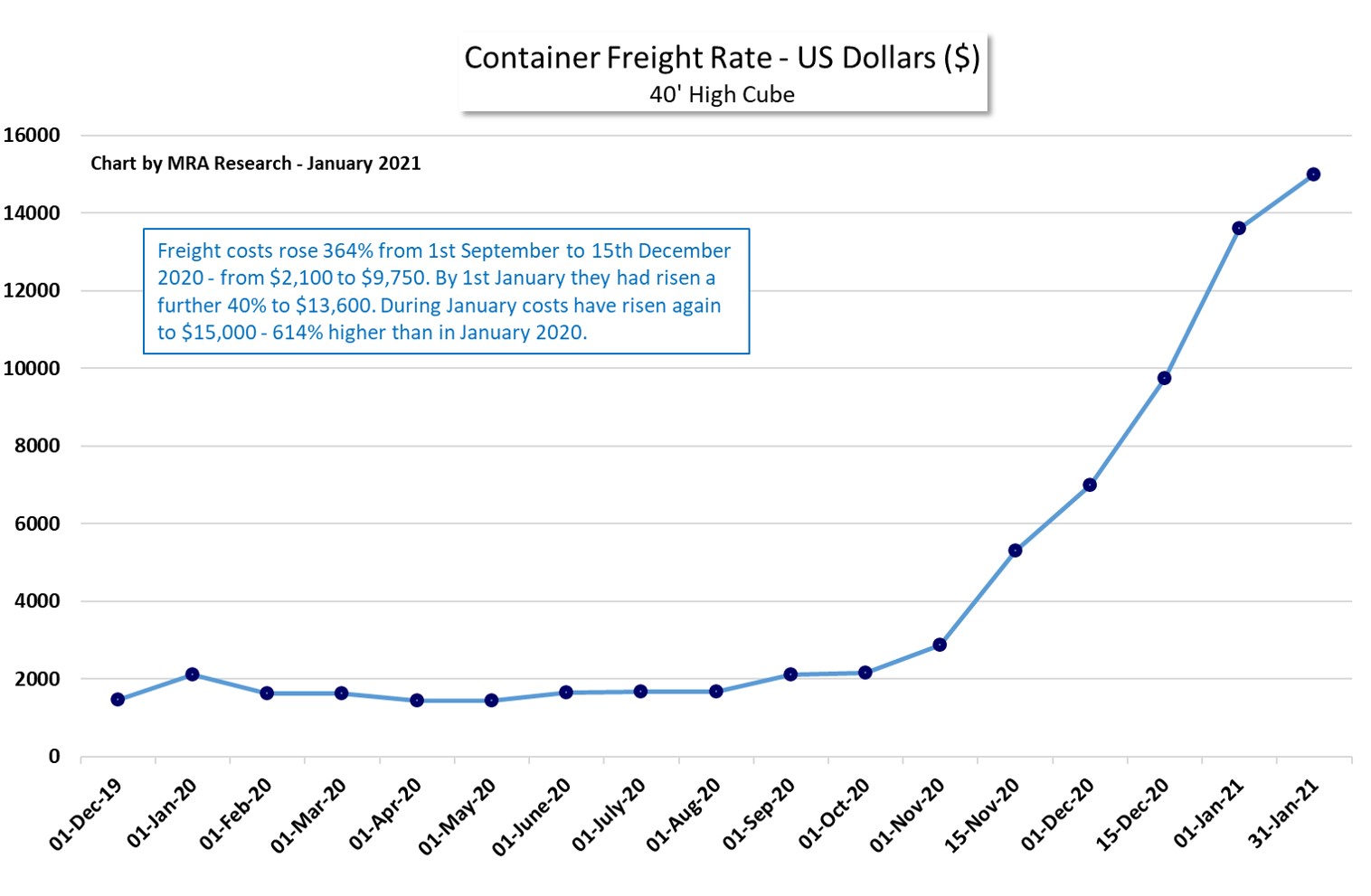 In an exclusive interview with the Editor of KBB Review Rebecca Nottingham, the CEO of the Bathroom Manufacturers Association Tom Reynolds and our Sales & Marketing Director Mike Tattam comment on soaring freight costs and the impact on showroom retailers.

The BMA raised the alarm on the developing shipping container crisis back in December when it revealed global shutdowns, followed by a sudden spike in demand, were causing congestion at ports and inevitable disruption to the supply chain.

According to many suppliers kbbreview spoke to, the ongoing situation has led to “whopping price hikes” in shipping container costs which suppliers suggest will be impossible to bear in the short-term, leading to price increases on goods.

“The massive hike in container costs makes surcharges and price rises unavoidable for suppliers and retailers should expect to see these passed on to any product coming into the UK via the main ports.

“Surcharges, of course, are temporary and will be removed when shipping problems unwind, but price rises are permanent.

BMA CEO Tom Reynolds (pictured below) said added: “Poor availability of containers and fierce competition between European and the more lucrative pacific trade routes has multiplied the cost of shipping, in some cases ten-fold. While manufacturers will attempt to minimise the impacts on retailers and customers as far as possible, it is an extraordinary additional cost that will be impossible to bear beyond the very short term.”

The obvious challenge to retailers is passing on and explaining these increases to consumers, many of whom are already uneducated when it comes to the cost of KBB products and who are also likely to be under pressure financially due to the pandemic.

“Explaining convincingly to Mr and Mrs Miggins why there are surcharges is another challenge for retailers,” said explained Tattam. “But successful supply partnerships work closely together, sharing information about stocks and expected sales, and support retailers with independently sourced information they can use to explain this to their customers, and help protect their sales.”

According to Tattam, one potential positive of the situation for showroom retailers is that the rising costs would be felt by online retailers too and, therefore, level the playing field in terms of pricing.

“Cheap online imported products are having the same problems, or worse,” he said. “Cheap products suffer the same container shortages and carry the same high shipping costs but they are a higher proportion of total costs, so the knock-on price increases to customers are greater.”