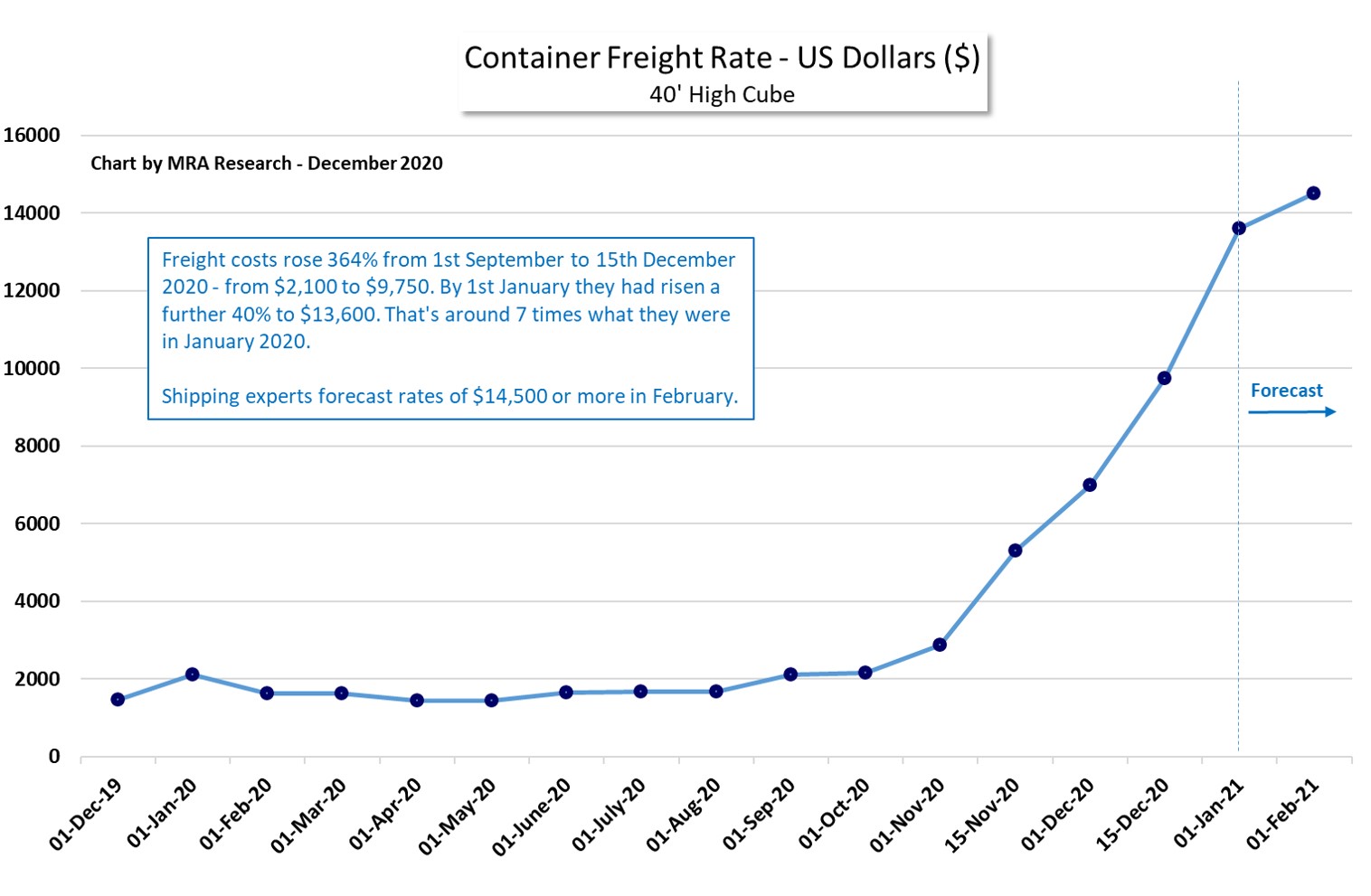 Our Sales & Marketing Director and BMBI Expert, says shipping has gone crazy and we’re all likely to be hit by shortages, delays and cost surcharges, however they’re described. He comments below:

When the Secretary of State for Health says the new mutant Covid virus is out of control neighbouring countries panic and shut their borders. But far from being panicked by border closures, threats of food shortages, vaccine supplies getting stuck in the supply chain, or the sight of 20 miles of stationary trucks lining the M20 on the way to the port of Dover, the public has grown blasé and weary of crises.

More serious for construction though, reports of congestion in Felixstowe and Southampton ports in the last few weeks have spilled into the headlines and onto the main news channels. But it’s not a local British difficulty, it’s a global problem that’s getting rapidly worse.

It’s been described as a perfect storm, with a number of causes including a shortage of containers because of unprecedented demand, ships mothballed with their containers and crew, and carriers reluctant to take bookings for the UK because of the congestion at UK ports. Container ships are waiting at sea or sailing to the next port and calling in on their way back. Some forwarders, anticipating post-Brexit chaos, are refusing to ship to the UK at all.

So, shipping costs are rising rapidly to eye-watering levels.

In the words of one shipper: ‘shipping costs have gone mad.’ Steeply rising costs are being reflected in surcharges, and if you haven’t already had them, you will be. Everyone is being hit. But better surcharges you can pass on to end customers than price rises. Surcharges are temporary and will be rescinded when the crisis is over; price increases are permanent. I’d also emphasise that merchants should stay with their supply partners to ensure continuity of supply and not switch, hoping to avoid temporary surcharges.