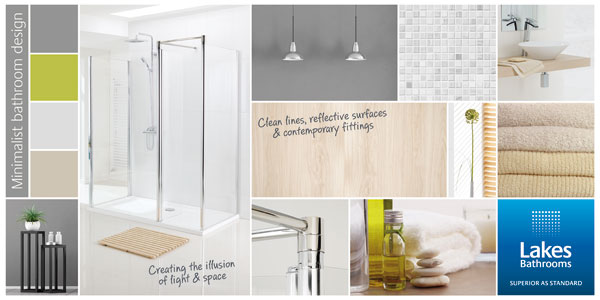 The wide choice of shower enclosures available in todays market means that there’s a perfect enclosure to complement your bathroom’s design – whatever style that may be from classical to contemporary and everything in between. In this series of blogs we look at different design styles and the types of enclosure that can complement the look – starting with Minimalist.

The minimalist movement, formed during the 1950s, has become a true design classic, adopted by many for its ethos of embracing light, space and clean lines. This modern minimalist aesthetic is influenced by great architects and artists including Le Corbusier for his Villa Savoye, just outside Paris – and the later works of Frank Lloyd Wright such as the Guggenheim Museum. 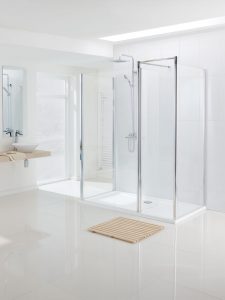 So what does minimalist mean to us? In the context of bathroom design, minimalist means creating the illusion of light and space using a minimal palette of light colours – or even better, just white – clean lines, reflective surfaces, chromes and simple contemporary fittings, with minimal visible clutter.

When selecting a shower enclosure to achieve the minimalist look, aim for simplicity of design and elegance as highlighted by our Walk in and Shower Screen enclosures featured below:

With the undoubted touch of luxury that comes with being able to just step into your shower and the illusion of enhanced light provided by the floating glass screen, this enclosure demonstrates that beautiful minimalism doesn’t have to mean basic. 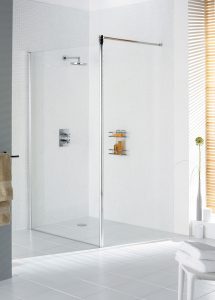 One striking AllClear® treated glass panel edged by an elegantly turned profile. We don’t need to say any more, because how much more minimal could you get.

Both enclosures are complemented by the addition of our optically superior, ultra-clear PureVueHD glass at no extra cost. Bringing the true minimalist ethos to your bathroom design. To see the difference in action take a closer look at PureVueHD

To check out the rest of the Classic Collection