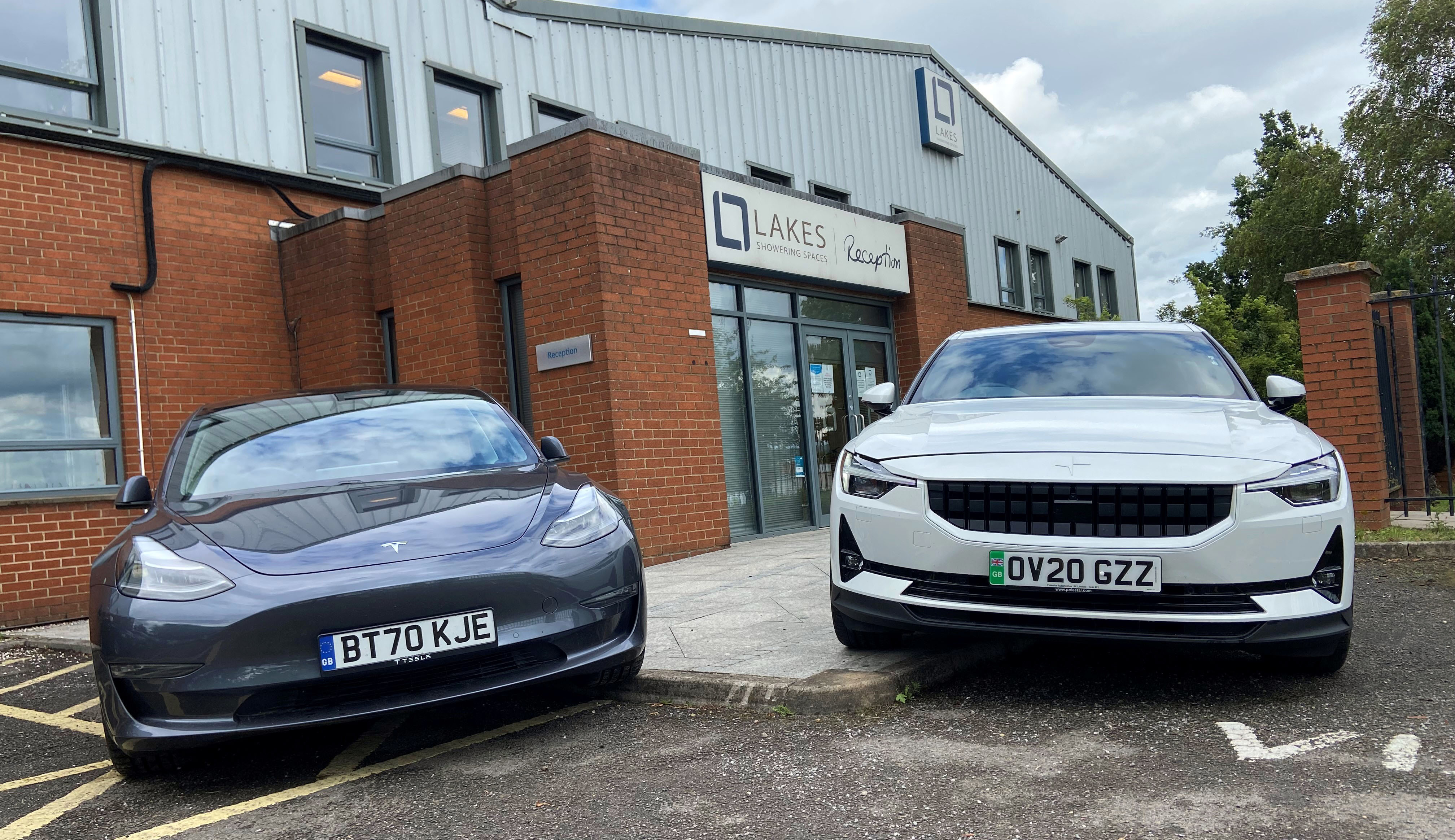 As a company, Lakes has been on a mission to strengthen its green credentials: reducing the quantity of packaging and improving the recyclability of what we still use; supporting the Government’s Ten Point Plan for a Green Industrial Revolution and, for some time, we have been working with Carbon Footprint Ltd to offset the carbon emissions we produce, all of which we are proud to say gives us Carbon Neutral Plus status.

The Tesla is best-in-class with an impressive 360 miles of range on a full charge, making it incredibly practical. Polestar meanwhile is a company owned by Volvo, that, like Tesla, only makes BEVs. The Polestar 2 is the latest model from the Swedish company and while the range is marginally lower than the Tesla, at up to 335 miles, both will get you from Lakes’ Tewkesbury office to Glasgow on a single charge!

We have also installed fast charging points for staff and visitors at the Tewkesbury offices, meaning we’re always fully charged and ready to go.

While we’ve done more than some, we’re still striving to do more and have big plans for the future, but more news of that will come in the following months.

For now, we can share that we will continue to maintain our Carbon Neutral Plus status, thus continuing to offset more CO2 emissions than we generate in a bid to try to redress some of the damage that emissions cause.

It’s a small step, but a significant one, and one that we hope our partners and customers will follow.